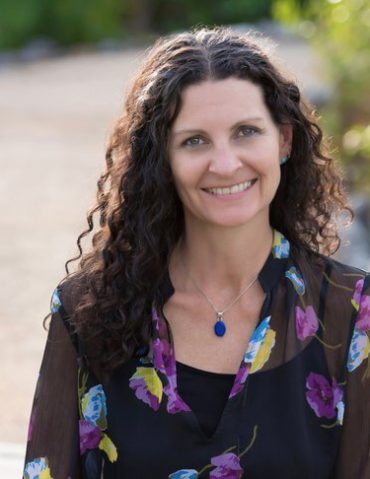 Recovering Control to Get to the Truth

Kelli Reese: Recovering Control to Get to the Truth Dr. Seku Gathers

Kelli Reese has spent over 17 years as an executive in a $30 million company in the natural food market. She also owned a bakery in Brooklyn. Kelli then moved and settled in Tulum which is on the eastern side of Mexico. She is the author of The Destiny Roadmap: The Little Guidebook to Face Your Fears, Embrace Change, and Follow Your Heart and The Relationship Roadmap: The Spiritual Guidebook to Ditch the Uncertainty and Find Clarity in Your Marriage.

[3:57] One of the personal truths Kelli has come to accept is that people can be friends with their fears. Fear should not stop anyone from doing things that are extremely scary. Kelli has learned to embrace the fear and make choices in a way that embraces the unknown while still being comfortable with the fact that she does not have everything figured out. After she graduated college, she decided to move to New York City where she initially did not want to move to. Fear constantly kept her questioning herself whether she wanted to move. She made the decision and was miserable for the first year because of fear and difficulty in adjusting. Kelli has since learned to accept the fear of the unknown especially when she takes on something big like moving to a new city or leaving a job.

[8:20] When Kelli left her six figure job, she worked with an executive coach to make sure the decision she made was the right decision. She was the breadwinner in her family and she also enjoyed the job. This made the decision to quit very hard but she embraced the fear of the unknown and she quit. Once she made the decision she felt this huge weight lift off her shoulders. This released her from the void of what was and what would be. Being undecided puts one in such a void. People get stuck because of fear and once she realized this, everything changed in her life. Fear is disguised as challenges to help an individual to grow.

[12:28] Kelli’s professional truth is if a person is no longer where they are meant to be, then the universe and their soul will be screaming at them. Not being engaged at work, day dreaming of doing something else, being depressed, hating the work environment are all examples of the soul and universe screaming. Kelli had incredible health challenges in form of thyroid tumors growing in her uterus and stress at work. Every time she overcame one challenge, another one presented itself. The universe gave Kelli something she could not ignore anymore which was her health issues. Kelli says that most people only listen to the universe after they have suffered a lot because of the fear. Kelli knows her fear and understands it to a point she laughs with it.

[18:12] Kelli meditates a lot which gives her mindfulness and eases her stress levels. It also calms her nerves which help the amygdala function well. This keeps her physical body connected and in tune with what is going on in her body. The powerful thing about meditation is that it allows an individual to control the physical body so that when stress is there, the body can have mechanisms to manage it.

[20:14] Kelli’s book is written for people in long term relationships who are seeking clarity about their relationships. She writes about entering relationships compassionately and with a loving heart but at the same time, having your own back. A lot of people enter relationships with wounds that are not associated with their current partners. This hinders growth a lot. Kelli advises people to show up in relationships as the person they want to be and their partners as well to be who they want to be because what a person receives in a relationship is what that person is energetically putting out. If what you are putting out is not reciprocated, then you need to ask yourself questions if you are happy or if you are in the right relationship. Such inconvenient questions will help one make a decision. Kelli had a courageous discussion with her partner. She was trying to change him into a person he wasn’t which was not fair for both of them. This led to them splitting because they no longer felt an alignment. Both of them are now happier.

[27:10] What Kelli looks for in a life coach is a coach who is in a place she wants to be, meaning he or she must be ahead of her. She likes asking inconvenient questions because she believes without those questions she would not be the person she is. Kelli acknowledges that answering questions that a person was not willing to answer before leads to personal discovery.  She puts the focus on her clients and most of them retain their relationships.

The difference between coaching and cycle therapy is that cycle therapy focusses on the past while coaching focuses on the present and the future. Coaching is more goal oriented because it intends to know what a person wants to achieve, where a person wants to get to, what needs to happen for that person to achieve all that. Therapy on the other hand looks back at the past experiences. Kelli’s goal is to equip her client’s tool box and build a strong foundation for them so that they may be independent in future if they choose to

[30:31] Kelli calls herself a practical mystic which is a title she was given by the clients that she works with. This is because most of the people that she works with are just coming into their understanding of a deeper connection beyond what they see around in the 3D reality. She was also called that because she is down to earth. Besides being a life coach, Kelli also does readings for people. She reads the Akashic records.

[33:28] According to Kelli, fear is not necessary for success. It may be necessary for growth but not success. Success here is relative because it could mean financial or educational. There some cases where financial or educational success is driven by some deep fear. Kelli is where she is today because she pushed through fear. Kelli believes that a person can talk to their heart. The heart is the eyes and the windows to the soul. It is the connection to a person’s higher self. Kelli always follows her heart.

[35:57] Indecision is not better than the wrong decision. Sometimes people get frozen because they do not know what to do because they are afraid of making the wrong decision. Kelli agrees that travel facilitates change. She recently went to Italy for a month by herself and she rented a car and drove without knowing where she was going. That experience made her realize that she is much stronger than she gives herself credit for. Traveling facilitates change especially if one travels alone.

[37:36] Kelli is not sure if she would move back to New York. She is not as productive in New York compared to Mexico. She is not currently dating but she might consider being remarried. Wealth is a state of mind according to Kelli. She does not need much to be happy. Kelli sold two houses and a BMW and she says she is so much happier in that simplified state. Helping and working with people is gratifying to her

[40:52] Success is not destined. This is because people get in their way all time. People come to learn certain lessons that they chose for themselves and things are predated including some major decisions like who to marry, to have children among others. People get in their way and look at the things that happen to them. Some look at those things that happen to them as negative while Kelli looks at them as opportunities for growth. When a person has that outlook only then will success be inevitable. People are the ones who place the limits on what they can achieve.

The Destiny Roadmap: The Little Guidebook to Face Your Fears, Embrace Change, and Follow Your Heart – Kelli Reese

Relationship Roadmap: The Spiritual Guidebook to Ditch the Uncertainty and Find Clarity in Your Marriage – Kelli Reese