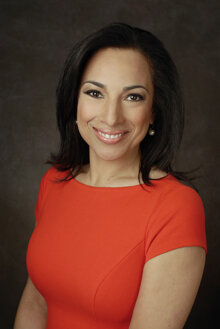 This week’s Truth Prescription features Michelle Miller, CBS Anchor and Host (CBS in the Morning, CBS Sunday and CBS Evening News). This fellow HBCU Alumni, a Howard University graduate, kicks off a candid conversation about her time in college, the life-changing lessons that she learned while studying abroad and the power of failure.

Michelle quotes the saying, “nothing beats failure but a try,” and she discusses how through failure and travel she discovered herself, evolved and began to authentically express. It’s all about owning who you are and staying the course. This conversation is rooted in the truth about integrity, honesty and hard work.

[5:00] Personal Truth: Michelle talks about her journey to Howard University and how a girl from the west coast initially had zero interest in attending the school – her father asked her to attend for at least one year. He knew that she would fall in love with it and, it turns out, father knew best. Michelle discusses how, growing up, she never fit into a box and had a fear of conforming; she wanted to be accepted but did everything that she could to block it.

[15:31] I’m an American: While studying abroad in Africa, and quickly tapping into a feeling of being at home in the Motherland, Michelle was hit with the realization that she is an American. American students of all races were being all classified as foreigners. She realized that ,while she’s a descendent from Africa, she needed to also embrace that she’s an American.

[21:12] Respect Freedom While in Egypt, she had a conversation with an Egyptian man who had a child with a German woman; the mother took the child back to Germany and he didn’t know if he’d ever see his child again. Their conversation progressed to a political debate and when the topic of liberty came up, the man told her “with freedom comes great responsibility. Americans don’t understand that you have freedom to do things, but at what point do you say this is going to far?” That conversation made more responsible with how she expressed her views and with her communication.

[24:30] Embracing Failure: In our journey for success, many of us still fear this notion of failure and work so hard to ensure that we “never” make a mistake. Michelle says failure and mistakes are inevitable, you just have to learn from them and have a comeback. She discusses a big mistake that she made early in her career, one that cost her her job. By owning that mistake and communicating what she learned, a week later she had an offer for a new opportunity.

[39:50] Sweet Spot: Michelle tells a story about finding her “Sweet Spot” and the moment that reminded her to honor herself, embrace her authenticity and to stop being afraid of it.

[43:41] Maintaining Balance – Michelle talks about how she balances mom life, wife life and work life. She and her husband both have hectic schedules and they work hard to ensure that they maintain their connection and a strong relationship with their children, who are now teenagers. She tries to establish moments with her kids; she also includes their friends. She discussed that she and her husband share s deep rooted understanding and desire to better their community. They’re always connecting and discussing their people, current events and working to educate and help those around them.