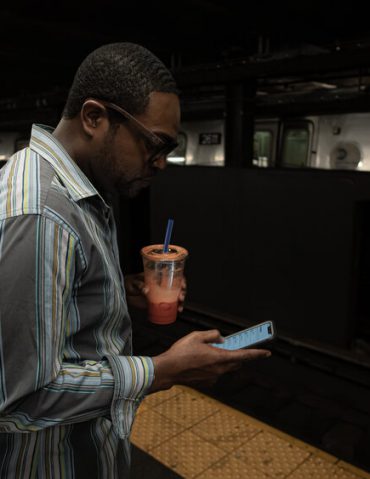 I Had to Lose it All to Gain Everything

My Consciousness: I Had to Lose it All to Gain Everything Dr. Seku Gathers

On today’s episode, I dive into a personal story of mine about me before consciousness. I had to find and discover my own consciousness. Being self-aware and conscious doesn’t just happen. It’s not something you’re able to have without one day and have the next morning when you wake up. It takes time. It takes practice and self-discipline. And sometimes it takes certain circumstances to get you to that point. For me, this point happened a couple of years ago.

Through a series of events, I could have never seen coming I chose myself. My health, relationship, and career were at stake. When I looked around these three things became harder to hold onto. However, in a moment of self-reflection, I chose my own consciousness and well-being. And that choice was everything.

[1:52] Back in 2007, I worked in the E.R department. Back then I didn’t know anything about consciousness. This lack of consciousness translated into my work. One night, on the fourth or fifth consecutive night of working overnight shifts, I tended to a patient in tooth pain. She appeared to be homeless. She came into the emergency room around 3 or 4 a.m. My shift started earlier that night at 7 p.m. and I was tired. Nonetheless, I wanted to help and see what I can do to relieve her pain. I performed a dental block to numb her pain until she could go to a dentist for further diagnosis. However, during the procedure, I got distracted and accidentally stuck the needle–previously used on the patient–into my own finger. I found out months later that I contracted hepatitis. I started treatment, but the treatment (and my willingness to comply with treatment regimens) worked poorly. As a result, I ignored my condition and kept on working.

[5:15] Years later I am still working. I’m working a lot. I’m working mostly to stay away from home. My relationship was not doing well at the time and work allowed me to avoid confronting those issues. However, along the way, the condition of my hepatitis worsened. It worsened to a point where I could no longer ignore it and work despite it. One day, I went from working as a doctor to be becoming a patient myself. I realized that I needed to take my condition seriously. In order to so, I needed to stop working. The effects of treatment and medicine would not allow me to do otherwise. So I left work and started treatment. I had to take 8 pills and an injection every day. I was sick as a dog. This kind of treatment felt like having the flu every day. Meanwhile, during treatment, my marriage was still in decline.

[8:56] After having a huge argument with my ex, I had an epiphany. The argument acted as a catalyst for me.  I thought to myself, here I was fighting for my health and I had to ask myself (and her) if the relationship was worth salvaging. For me and my circumstances, I could die or live. It all depended on what I chose to do.

[12:07] From all appearances I had nothing. My relationship was going to end, I was no longer receiving sick time from my job, and my health was at one of it’s lowest points. I was devoid of everything. But then I decided to choose myself. I decided to choose me. I decided to take care of me and my well-being. In choosing to take care of myself, I had everything. For the first time in my life I chose me and there my consciousness began.