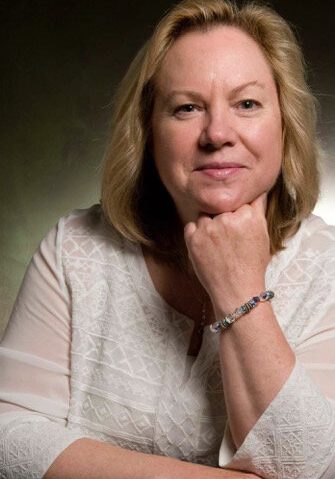 The Truth Behind Alcoholism and Addiction

Stephanie McAuliffe grew up around alcohol throughout her life.She numbed her own pain for years which meant that she did not take personal responsibility for how she thrashed through life. When she was finally brought to her knees, she turned around to face the truth of her role in everything. It was at that time that she began to set herself free. She figured that her experiences and lessons she learned from them could help others as well. As a result she wrote her book Message in the Bottle-Finding Hope and Peace Amidst the Chaos of Living with an Alcoholic.

[3:32] One of the biggest personal truths in Stephanie’s life was the fact that she grew up around alcoholism. She numbed her own pain for years, which meant that she did not take personal responsibility for how she thrashed through life. When she was finally brought to her knees, she turned around to face the truth of her role in everything. It was at that time that she began to set herself free.

Stephanie was married to her second husband and she was working for AIG at that time. The job was stressful and when she went home, she was not sure what she would find because her husband was an alcoholic.  At one point she thought she was having a heart attack and ended up in the hospital but it was hiatal hernia caused by stress. At the hospital she was still working. As she was looking up at the ceiling she asked herself what she was doing with her life. She was doing more for her husband that he was doing for himself. She was also doing more for him than she was doing for herself.

[5:17] Stephanie’s personal truth was to take personal responsibility for herself and also to stop ignoring her feelings. The first time she started to work with a coach, the coach asked Stephanie how she wanted to feel. Stephanie was stunned and could not answer the questions. According to Stephanie, people are taught not to express their feelings especially those who grew up around alcohol.

[7:04] Stephanie proved her worth by the size of her projects and her elevation with the company. She proved her worth with things outside of her because she did not feel worthy within. Stephanie made it up all the way to becoming a senior manager. Managing all the programs, keeping everything running and the responsibility she put on herself prevented her from unwinding. She begun having time when she was not going to the city regularly. This gave her an opportunity to unwind which was very foreign for her. The professional truth for Stephanie was to focus on internal wealth.

[9:16] There are more male alcoholics than female. The reason why Stephanie focusses on women is because the family members of the alcoholics are often left to figure things out on themselves. This responsibility solely lies on the wives. Such women have to power themselves through the day rather than living and finding joy in the moment. Stephanie likens it to death by a thousand paper cuts. People don’t want to face it because the love the person but hate the disease. If nothing changes the question one should ask is whether or not they can continue living life the same way forever.

[11:05] Stephanie encourages women to have conversations with their children. Children see and hear everything. They should not leave the children to figure out things on their own. Having that conversation with kids reassures them and they can confidently come to you when they feel afraid. The way people heal is by having open conversations and feeling the emotion.

[12:20] People get stuck in their logical minds and are left trying to think of a way out a situation. When a person is stressed, all the blood goes to the back of the brain. That individual cannot therefore think logically. Stephanie helps her clients to focus on the energy behind the situations that they are living in or trying to resolve. She also helps them to uncover and discover the source of the energy and the trigger. Once the source of energy or trigger is cleared, that information can be incorporated as knowledge and wisdom. Carrying it forward it will also no longer be a trigger.

Sometimes people get an intuitive nudge to turn left or to go a certain place. That nudge is your higher self through the right brain conversing. This refers to the energy mentioned above. Another example is when a person is going to talk with his mother and he feels angry, anxious then there is a trigger there. That trigger is energy. A lot of such triggers comes from childhood and when people try to protect themselves they are locking that hurt and pain inside their hearts.

[15:05] One of Stephanie’s clients was living with her alcoholic husband and was in the process of getting ready to file for divorce after a 30 year marriage. Growing up her father was a heavy drinker and her mother would go crazy about her father’s drinking. The only way out for her was to isolate herself. The lady then married a man who made her isolate herself again. Once the lady understood that the isolation energy from her childhood had been carried into her marriage, she is now able to visit her parents and not get triggered by the visits, thoughts of the visits or the conversations. She now sees and loves them for who they are.

[16:43] People do not have to be authors in order to be coaches. There are training programs that are out there that people can take to help them become coaches. Stephanie’s coaching is based on life experience. Her coaching has evolved into what worked for her and it continues to evolve as she works with clients. Book give credibility but they do not necessary teach anyone how to coach. It will help an individual to express their story.

Stephanie experienced abuse while growing even to the point of being threatened of death if she told anyone. Because she could not tell anyone, all that energy stuck in her throat. It was when she was writing her book that she realized that.

[20:02] Addiction is not all about control. It is based on underlying issues that somebody has not dealt with. An example is if Stephanie is not dealing with her emotional issues , triggers and things that happened earlier in life then she will go into working too much, eating too much, shopping, alcohol or drugs. There is some control however. So its yes and BS.

[21:12]Public speaking is fun for Stephanie. According to Stephanie when you truly believe in what it is you are talking about, then it becomes like having a conversation. She was always terrified at presenting in corporate meetings because she did not believe in what she was being forced to present.

[21:56] Coaching does not necessarily heal faster than counseling. This solely depends on the coach or counsellor. Stephanie has worked with great coaches and others that she can’t recommend to anyone. It all boils down to the person you are working with. Stephanie advises people to look for someone who deals with body, mind and spirit. A holistic approach be it a coach or a therapist.

[22:53] Marriage build on relationships to self. David wrote a book called Dear Lover. The book comprises of essays which a man writes to his wife. In one of the essays, he talks about two people coming together and creating something bigger than themselves. Relationships therefore is not about filling a void. It’s about two people coming together and bringing their best selves. The two people should have the mindset to grow to continue to grow mentally and spiritually together.

[24:29] The government should not reinstitute prohibition. The drug was ineffective. Stephanie says that prohibition would not work but she however does not agree with the legalization of Marijuana. According to Stephanie, legalizing Marijuana is just another vehicle for people to numb themselves. Marijuana for medical purposes is okay.

The Message in the Bottle: Finding Hope and Peace Amidst the Chaos of Living with an Alcoholic – Stephanie B. McAuliffe